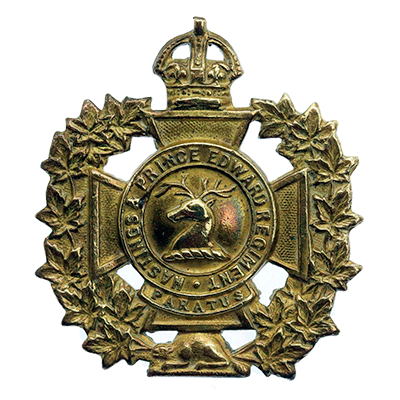 Lieutenant-Colonel McKinstry is a 4th generation soldier who joined the Army on July 7th 1983 as a private with Princess Patricia’s Canadian Light Infantry (PPCLI). His first regimental tour was with 3PPCLI in Esquimalt BC where he spent time in Rifle Companies, Reconnaissance and Anti-Armour platoons; eventually rising to the rank of Sergeant. While with 3PPCLI he completed his first operational tour in Cyprus where he was employed as a Reconnaissance Section Commander.

In 1989 Lieutenant-Colonel McKinstry was selected for commissioning and subsequently underwent officer training in Chilliwack where he finished as the top candidate and was awarded the Letson Sword. Upon completion of Basic Infantry Officer Training, Lieutenant-Colonel McKinstry was posted to the 2PPCLI in Winnipeg where he was employed as a Rifle Platoon Commander, Anti Armour Platoon.

He also completed his second operational tour in Croatia where the Battalion was awarded the Governor General’s Unit Commendation for conduct under fire in the Medak Pocket Operation of 1993.

In 1994 Lieutenant-Colonel McKinstry was posted to the SchoolInfantry as an instructor where he taught Infantry Phase III, Advanced Infantry Anti-Armour, Infantry QL6B and QL7. He was also employed as a Standards Officer, company second in command and acting company commander. In 1997 Lieutenant-Colonel McKinstry was posted to Directorate Land Force Readiness in Ottawa where he was the Army’s Operational Tasks Officer responsible for manning on deployed operations. While there he completed his third operational tour as the Staff Officer to the COS in SFOR Headquarters in Sarajevo Bosnia during the Kosovo Air Campaign.

In 2000 Lieutenant-Colonel McKinstry was posted to the Governor General’s Foot Guards (GGFG) as the Unit Operations Officer. While there he was tasked to the Ceremonial Guard where he was employed as the operations officer and company commander for Headquarters Company. He remained with the GGFG until 2003 when he was deployed for his fourth and fifth operational tours to the Sinai Desert as the Brigade Major with the Multinational Force and Observers during the 2nd Palestinian Intifada. He received a Force Commander’s Commendation for his work in Force Operations during this tour.

Lieutenant-Colonel McKinstry returned home in 2004 to assume his appointment as the Commanding Officer of the Ceremonial Guard in Ottawa Ontario. In 2007 Lieutenant Colonel McKinstry relinquished command of the Ceremonial Guard in order to assume the duties of Canadian Forces Liaison Officer to the United States Marine Corps in Quantico Virginia. He received a Commander Canadian Army Commendation for his work with the USMC. From 2010 to 2012 Lieutenant-Colonel McKinstry was employed in Directorate of Army Training – Individual Training Section Head. He retired from the Regular Force in July 2012 and transferred to the Hastings and Prince Edward Regiment. He became the Acting CO on 1 Jan 2013 and assumed formal command on 16 March 2013.

Lieutenant-Colonel McKinstry is a graduate of the Canadian Forces Staff School, the Canadian Army Command and Staff College (Honours) and the United States Marine Corps Command and Staff College (Honours). He holds a Bachelor of Arts in History and Political Studies from the University Manitoba, a Masters in Canadian History from the University of Ottawa and a Masters in Leadership and Management from Athabaska University. He was appointed as an Officer to the Order of Military Merit in 2011.